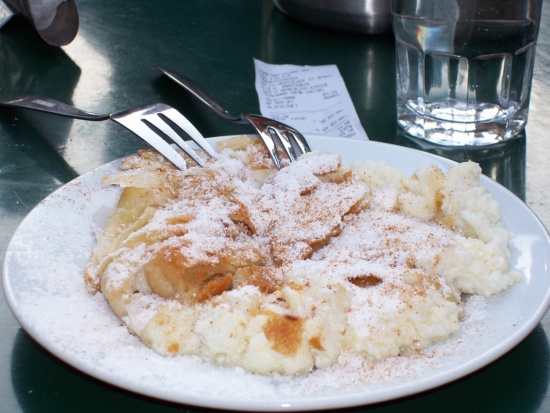 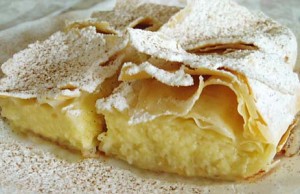 The idea of making bougatsa, comes from the geographical region of Byzantium; more specifically, from Konstantinople, when the City was still Greek, before 1453 A.D. that is.

It is widely known that the Byzantines had a long tradition in the making of pies and desserts made in a pan. One form of these famous pies of the Byzantines is “Bougatsa”.

Even after the capture of the City by the Turks, bougatsa remained famous according to a traveler’s testimony during the 16th century. Traveler Evlia Tselebi reports that in Konstantinople, two bakeries made “bougatsa kourou”, “kigmali” (with burger), “peinirli” (with cheese), and “sante bougatsa” (sprinkled with powdeed sugar). 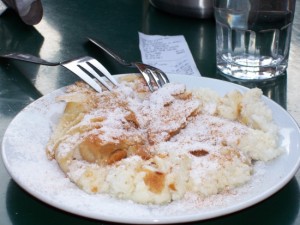 The residents of the City gave the name “bougatsa” or “bogatsa” meaning possibly “cheesy or sweet filling of pie,  enclosed and sealed in the dough”. This is one of the many differences that bougatsa has from other pies. Another fundamental difference is that the phyllo dough is not spread with the assistance of the flour and the rolling pin, but only with the assistance of soft butter and oil.

However, today in Turkey, by the name bugatsa they call a number of different pies and other foods totally different from each other.

Ottoman dictionaries inform us that the word “pogatsa” is a linguistic corruption of the Latin word “foccacia” which means sweet pie. However, even if bougatsa borrowed its name from this Latin word, bougatsa was never limited to its sweet version. On the contrary,  there has always been bougatsa with cheese, too. 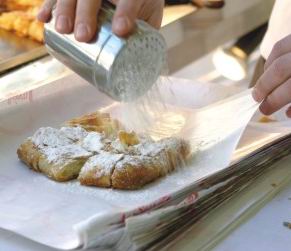 Bougatsa became very popular in Greece after the Greek-Turkish war of 1922 and the population exchange that followed. It first came to Serres, because most immigrant Greeks established themselves there in the begining (my own great-grandfather, too!). Bougatsa then became popular in Thessaloniki as well, since Thessalonians found it to be  a meal that would make them full before work or during their break. Bougatsa offered variety, since it was made with five different fillings, quality, and low price. Thus it’s featured as the food of the poor, since with little money someone could get full.

One thought on “History of Bougatsa – Etymology”